and our National Leadership School for Strategic Organizing
Invite you to

Channing Invites you to

How Europe Underdeveloped Africa And the Genius of Walter Rodney

Actually, if “underdevelopment” were related to anything other than comparing economies, then the most underdeveloped country in the world would be the United States, which practices external oppression on a massive scale, while internally there is a blend of exploitation, brutality, and psychiatric disorder.

We’re so excited to invite you to the launch of the National Leadership School for Strategic Organizing with a powerful Program on The Genius of Walter Rodney’s and his transformative book, How Europe Underdeveloped Africa.

We’re using every ounce of energy to kick off this national and international launch of the NLSSO and to provide a great political experience for everyone. We are very appreciative that we have received more than 240 registrations so far, but we’re shooting for 400 so your registration and sending this to your own lists would mean a lot.

At the Strategy Center we’ve all been knee deep in the theory and ideology of Walter Rodney and urge you to at least begin How Europe Underdeveloped Africa in preparation for the event. For those of you who have already read it, congratulations and our program will build on those readings.

I had the privilege of reading the first chapter while visiting my family in Belize during the holiday. I realized that Rodney’s words hold a challenge for us all to fully understand Europe’s and the U.S.’ colonialist model of underdevelopment today, not just in the Third World but in every city in the U.S. today.

In South Central I confront the most terrible atrocities of U.S. imperialism every day—where Black people account for 50% or more deaths at the hands of the police, incarceration, houselessness, and attacks by police in public transportation. The book is pushing me to examine the system of racism and national oppression in L.A. and the U.S. as a system of “Neocolonialism” run by the Democratic Party. It forces me to deepen our work and ultimately to take on their system with a vision of our own.

In L.A. we are fighting against the “Underdevelopment of the Black community and Nation” by demanding

We’re looking forward to seeing you all virtually. Please make sure to forward this invitation to your friends and colleagues and as Rianna once said “Tell your friends to pull up!”

Gary Nash professor of history at UCLA, author of Hammer and Hoe, Freedom Dreams, and faculty member of the National Leadership School for Strategic Organizing 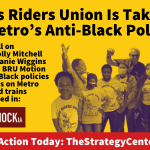 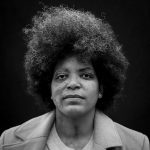