Concerning Violence – Stand Back, Stand By, Organize, Study, and Resist

As Donald Trump makes a call to his followers of the racist white settle state holders of everything violent to Stand Back and Stand by; The movement, in the tradition of Malcolm X, Fannie Lou Hamer, Frantz Fanon and others, should make the call to Stand Back, Stand By, Organize, Study, build counter hegemonic institutions, and Resist. This week Eric Mann, Brigette Amaya, Akunna Uka, and myself pre-watched Concerning Violence and we think it’s a fantastic film with important lessons for the Strategy Center and for the movement especially now.

First is that I am, and the Strategy Center is, working to reflect on our work through an Anti-imperialist frame. When I ran for City Council, I called for a 50% Cut in the LAPD Budget. In the same platform that I called for Open Borders and Amnesty for All Immigrants and U.S. hands off Venezuela, Iran, Cuba, China, and Russia. When I think back to this platform I realize that it is so important for everyone working for liberation in the U.S. to also be working, or trying to work, for, or even supporting, liberation struggles outside of the U.S. I don’t want socialism inside the borders of the U.S. while there are still 800+ military bases around the world, where the U.S. chooses with free will whether to participate in UN proceedings and agreements. A victory for one must be a victory for all, and as long as Black, Latinx, and third world people are struggling against the racist U.S. imperialist white settler state in any one place in the world, I want to work to always be in solidarity with them. We’ve not always been the greatest doers of solidarity work with third world struggles, but at the very least we have studied, and continue to study the work of 3rd world liberation struggles. Tonight is the continuation of that tradition.

Second is that while 45 calls on his racist cronies to stand down and stand by, I want to equally call for the movement to Organize, Study, and Resist. When Strategy and Soul first opened, in my opening talk I spoke about Building a Machine to Take on the System. While our machine is nowhere near ready to fully take on the system, I do think that the Strategy and Soul Thursday Night Revolutionary Organizing Film Club is very much a part of strengthening the movement and strengthening the Strategy Center. I do hope that you’ll join us tonight to watch and study Concerning Violence, the revolutionary literature of Frantz Fanon, and the powerful African Liberation Struggles of the 1950s-70s, and feel moved to join us in organizing around our Campaign for Urban Reconstruction today in which we’re building a Black Latinx Third World Alliance to call for Free Public Transportation, No Police on MTA Buses and Trains, No Police in LAUSD Schools, Stop MTA Attacks on Black Passengers, No Cars in LA, Cut the LAPD Budget by 50%, and 50% of all Public and Private sector jobs for Black people.

Lastly, while The Strategy Center is influenced by Frantz Fanon, Malcolm X, Fannie Lou Hamer, Martin Luther King, Paul Robeson, Nina Simone, Harry Haywood, Lina Horn and others, Concerning Violence presents even us with a challenge to deepen our work. We want to include more Third World struggles of today in our work. We want to be more intentional in fighting the White Settler State, to work in closer collaboration with everyone in the movement, and to organize, expand, and deepen our base.

There are pages of more lessons taken away from Concerning Violence and the writing of Frantz Fanon. Join us tonight at 6PM PST for a virtual film showing followed by a political discussion with leaders of the Strategy Center. 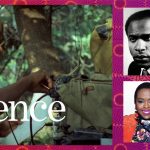 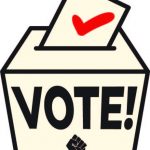 Make A Plan Today To Make Sure Your Vote Counts!Articles, Bus Riders Union, Campaigns, Fight For The Souls OF The Cities, The Labor Community Strategy Center