We’re asking for your support in three actions:

The Bus Riders Union is calling on MTA to oppose any efforts to once again punish its passengers by proposing a means test to implement its long overdue “fareless transportation plan.” Instead, to pass the proposed Free Public Transportation for all K-12 students in the county, Free Public Transportation for all Community College Students. But to drop any means tests, any passes any applications by MTA passengers for a “low-income” pass that would require passengers to prove “poverty.” The MTA motion, after all the BRU has done to push the MTA towards free public transportation is provocative and uses the victories for students to punish their parents.

If the Metro fareless transportation motion passes as is, it will truly generate another Apartheid pass system for Black and Latinx Passengers.

Metro proposes implementing a “fareless” pilot project for those who can prove low-income status. All who can’t will pay $1.75 a ride, $7 for a daily pass, and $100 for a monthly pass and face enforcement by MTA fare checkers and police. MTA serves 550,000 daily passengers, 70% of whom are profoundly poor—55% Latinx, 20% Black, 65% women of color. In that Metro agrees that 70% of its riders are extremely poor, why would they worry that a few people of higher income would also benefit. That would make it free to all with no stigma attached. The MTA’s real goal is not to “exclude” the few higher income passengers, but to once again punish the vast majority of riders who already account for 80% of citations and arrests on MTA buses and trains for “fare evasion”. The Fareless motion with its apartheid component will lead to harassment, humiliation, citations, arrests, abuse and even physical injury or death at the hands of “fare checkers” and MTA police. Free public transportation is a human right. Black and Latinx riders, do not need or want to prove anything more about their lives.

In 1954 the South African apartheid government implemented apartheid passes to suppress the very human right of travel of Black indigenous South Africans. Native South Africans were punished under the penalty of imprisonment or death if they were caught in an area outside of Bantustans without expressly written permission from white colonialists. In this same behavior Metro has spent the last 20 years policing the trains targeting Black passengers in particular with tickets and arrests using the non-existent violation of “fare Evasion” to target Black people to push them/us off public transportation. Now, if the MTA pushes through its apartheid pass system, not only can Metro track every move you make on its segregated system, they can now regulate your right to even use the system—Apartheid by its very nature.

The Metro has, for more than 20 years, waged a colonial war on its own passengers who, rain or shine, official pandemic or not, use the system in order to survive.

The federal courts have already warned the MTA that a “low-income pass” would have to pass a high bar because, on its face, it is racially discriminatory in violation of Title Vi of the 1964 Civil Rights Act.

In 1996 when the BRU was negotiating with the MTA on a 10-year Consent Decree the MTA put language into the decree that they had the right to institute a “low-income pass” at any time after three years.  The Bus Riders Union went before federal judge Terry Hatter to challenge the language. We argued that such a pass would be a stigma for low-income riders, racist in that so many Black and Latinx riders were very low-income, and an attack on immigrants who would have to prove income in ways that could lead to possible arrest and deportation. Judge Hatter ruled for the BRU. He told the MTA that they could not impose such a low-income pass without coming back to federal court where the BRU could challenge its constitutionality and possible civil rights violations.

Now, the MTA is going back to this same racist mentality of its war with its own passengers. MTA bus/rail service has been cut by 1 million hours from Consent Decree levels. More than 50% of all tickets and arrests are imposed on Black passengers. The once $42 monthly pass is now $100. Working people already pay 20% of the LA County sales tax that go directly to the MTA–$2 for every $100 spent and cannot afford these fares.

The Bus Riders Union is again preparing to seek legal action if any apartheid pass, which violates Title VI of the civil rights act is implemented.

Some MTA Board Members speak about the Fareless Transit Initiative as a solution to the racial profiling. But in its present form, the proposal can lead to even greater racial profiling as 385,000 low-income people many of whom will not or cannot qualify will also be in danger because they can’t pay the MTA’s exorbitant fares.

The Metro’s proposed low-income will further exacerbate the already egregious attacks on L.A.’s Black community. In 1970, L.A.s Black community was 25% of the LA City population. Today it is 9% and declining. Let’s be clear. The high cost of MTA transit, the tickets and harassment for fare evasion and minor infractions on public transit are a big part of this push out of Black residents. It also sets the stage for the Metro to justify a renewal of their Multi Agency Policing Contract in order to enforce their apartheid pass. As we move to dramatically reduce police spending at the MTA, the police advocates for the LAPD, LASD, Long Beach PD, and the MTA’s private police force will argue they are needed to “enforce” the unfair fare system.   As Black people in particular are in the forefront of those being targeted by the police with state violence, as the movement has moved to defund the LA School Police by $25 Million, The Metro gears up to give a vote of confidence to the system’s war on the Black community.

We also understand that one unspoken goal of the apartheid pass system is to give MTA the authority to drive houseless people off the trains and buses. We agree that massive poverty and houselessness is a problem that will require thoughtful MTA staff. We propose the MTA create a “community support staff on the buses and trains” to help people instead of evicting them—as again more than 50% of people without homes in LA are Black.

We’re asking for your support in three actions: 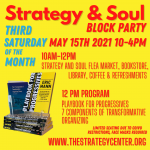