SALT OF THE EARTH

This Thursday, August 20, at 6 PM, is the 3rd Meeting of our Strategy and Soul Revolutionary Organizers Film Club. As you know, the Film and Book Club is both an institution on its own, and part of the Strategy Center’s organizing work to fight for the social welfare state not the police state; the climate justice state not the warfare stated. As we saw in the first two films—The Revolution Will Be Strategized about the work of the Strategy Center and Finally Got the News about the League of Revolutionary Black Workers, we see books, films, newspapers, radio shows (Voices from the Frontlines) high school organizing Detroit Black Student Unions/LA Taking Action Social Justice Clubs, institution building (Dodge Revolutionary Union Movement/Bus Riders Union, publishing houses (Black Star Press, Frontlines Press, book clubs (Inner City News Book Club/Strategy and Soul Film and Book Club.

It’s great to see you’re showing “Salt of the Earth”, surely one of the very greatest American films – and a symbol of the resistance to union-busting, male chauvinism, racism and anti-Communism – all in one film and done beautifully without a minute of dull preachiness! Congratulations! I hope you get a good audience!

This Thursday, August 20 at our NEW TIME—6 PM (both for east coast members but also to allow longer films), will be the showing of an amazing third film—SALT OF THE EARTH. As we wrote last week,

Salt of the Earth is a 1954 American drama film written by Michael Wilson, directed by Herbert J. Biberman, and produced by Paul Jarrico. All had been blacklisted by the Hollywood establishment due to their alleged involvement in communist politics. The drama film is one of the first pictures to advance the feminist social and political point of view. Its plot centers on a long and difficult strike, based on the 1951 strike against the Empire Zinc Company in Grant County, New Mexico. In the film, the company is identified as “Delaware Zinc”, and the setting is “Zinctown.”

In particular, it describes how Chicanas, whose husbands had been denied the right to continue their strike through a court injunction, struggled with the men to help lead their strike and to lead the picket campaign. It shows many men who would rather lose the strike than letter women lead but out of women’s leadership and their own necessity, had to confront their own male chauvinism if they wanted to keep confronting the company.

This is one of the finest films that combines, synthesizes, and shows the contradictions and unities in the Chicano national question, the women’s question and answer inside the Chicano(a) movement, and the role of the Chicano working class inside the Chicano(a) nation. Produced by dedicated communists, brilliant artists, starring professional actress/star Rosaura Revueltas and actual mine union leader Juan Chacon, in this film the workers are the historical and film actors. This film will make you cry, make you angry, and bring you closer to the Strategy Center and your role as a revolutionary organizer. Be among the first 100 people to register starting now.

Please consider becoming a sustainer of the Film and Book Club.

WE WOULD LOVE TO HEAR FROM YOU AT INFO@THESTRATEGYCENTER.ORG

Framing the Frame—Finally Got the News: The Story of the League of Revolutionary Black WorkersFilm and Book Club, Strategy & Soul, Strategy & Soul Film Showing, The Labor Community Strategy Center, Upcoming Events, Voices from the Frontlines 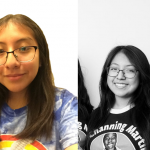