By Channing
Posted June 26, 2020
In 10 articles by eric mann, Articles, Bus Riders Union, Eric Mann, School to Prison Pipeline, The Labor Community Strategy Center
The Struggle for No Police in the Los Angeles Schools: a Great Leap Forward and Victory is in Sight by Eric Mann2020-06-262020-07-06https://thestrategycenter.org/wp-content/uploads/2017/05/lcsc-logo-white.pngThe Labor Community Strategy Centerhttps://thestrategycenter.org/wp-content/uploads/2020/06/img_3046.jpeg200px200px

The Struggle for No Police in the Los Angeles Schools: a Great Leap Forward and Victory is in Sight

On Tuesday, June 23, in Los Angeles, the decade’s long struggle for No Police in the Schools had a major breakthrough. Los Angeles School Board member Monica Garcia introduced the most structural and hopeful motion to make “defund the police” a reality. Her motion, expressing gratitude to the national Black uprising, called for cutting the $70 million budget of the Los Angeles School Police Department—with 350 armed officers—by 50% in 2021, 75% in 2022, and 90% in 2023—essentially phasing out the entire department. We think “50%, 75%, 90%” is a model for the “Defund the Police” movement nationally. Any movement that gets to 100% first wins. Her Civil Rights motion did not pass but neither did any of the toxic compromises. That “50/75/90%” motion is still the centerpiece of our movement going forward and we have every intention of bringing it into reality.

Outside the LAUSD building it was the Black-led movement that was the driving force in history. There were more than 3,000 of us encircling the entire block. There was a great sound truck led by Black Lives Matter Los Angeles and Students Deserve—a Black led student organization in the LAUSD schools. The program was a celebration of rage, creativity, rap, music, and the spoken word. Dr. Melina Abdullah, co-chair of Black Lives Matter L.A. spoke of how all three of her children suffered police abuse in the schools while her son’s first incident of anti-Black police brutality was at the age of six. She described in painful detail how every aspect of a Black child’s life is criminalized and why the demand for No Police in the Schools was a life and death issue for the Black community. 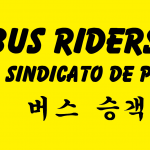