By The Strategy Center
Posted October 11, 2017
In Strategy & Soul, Upcoming Events
Film Showing ; So Near… So Far The Life of Pablo Menédez2017-10-112017-10-11https://thestrategycenter.org/wp-content/uploads/2017/05/lcsc-logo-white.pngThe Labor Community Strategy Centerhttps://thestrategycenter.org/wp-content/uploads/2017/10/web-bannerpablo-melendez-film.jpg200px200px

So Near… So Far The Life of Pablo Menédez

This film documents the life and artistic journey of Paul Menéndez aka Pablo Menéndez, the artist, musician and founder and director of Cuban musical group Mezcla.  The film captures 50 years of a life, 50 years of the Cuban Revolution and its musical and artistic revolution and 50 years of musical bridges.  The Oakland-born Menendez has lived in Havana since he went there to study music in 1966 at age sixteen, and has spent the past 28 years as the leader of Mezcla (meaning “mixture”), an internationally known band that fuses American jazz and blues with Afro-Cuban music.  Menendez’s mother, veteran blues singer and political activist Barbara Dane, defied the US ban on travel to Cuba in 1966 and became the first American artist to perform in that country following the embargo.

There will be a suggested Donation:
$10 Individual $20 Donor $50 Donor 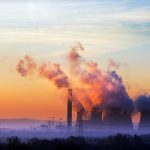 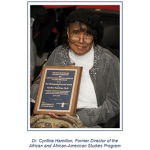