and Strategy and Soul

Cynthia Hamilton is a long-time resident of South Los Angeles, a professor of Black Studies at Cal State Los Angeles and the University of Rhode Island, the author of the powerful and prescient Apartheid in An American City—a Case Study of South Central Los Angeles (1991) and a founding member of the Labor/Community Strategy Center.

She has been away for years in Rhode Island and is coming back for a series of re-unions including ours. In 1989 when I was just trying to figure out how to initiate the Labor/Community Strategy Center—along with Rudy Acuna, the father of Chicano Studies, Gilbert Cedillo then an SEIU staffer and today a city-councilman, Gloria Romero, then a Cal State professor and later a state assemblyman, Anthony Thigpenn, once a Black Panther and now a great grassroots strategist and organizer, the late Eloy Salazar, a wonderful officer of the International Association of Machinists, the late Father Luis Olivares, Pastor of L.A. Placita Church, the late Rev. Frank Higgins of the Baptist Ministers Conference, Peter Olney, a gifted labor organizer with the ILWU, and Chris Mathis, a fellow autoworker from the GM Van Nuys plant— Cynthia was a visionary advisor and analyst.

I had just read her amazing article, Apartheid in an American City in which she analyzed and predicted the terrible racist attack on the Black community in Los Angeles with the prophetic words, for the capitalist developers, “the land in South Central is valuable but the people are not.” She uses the direct analogy with the policies of the racist white South African apartheid regime that created Bantustans in which Blacks were not just segregated but separated into occupied communities so there could not be a coherent Black land mass and population for resistance.  Apartheid in American City, the pamphlet, available at Strategy and Soul Books, is a beautifully written essay that combines urban analysis, Marxism, Pan Africanism, and Cynthia’s unique skills as a writer and story teller. It was the Strategy Center’s first publication and is still being used in our work today!

How can we even comprehend that in 1971, when Los Angeles elected it first and only Black mayor, Tom Bradley (who contributed to the

genocidal gentrification we experience today) the population of Los Angeles was 3 million people and the Black community was 750,000, 25 percent of the total. Today, after decades of de-industrialization, police brutality and occupation, the forced expulsion of Blacks from the workforce, and a ferocious market driven gentrification in which the land is valuable but the Black people of South L.A. are not, the population of Los Angeles has grown to 4 million but the Black community has been cut in half, down to 350,000 people less than 10 percent of the total.

Today the Labor/Community Strategy Center has initiated a campaign to address some of these structural issues of gentrification and Black push out through our Free Public Transportation/Stop MTA Police State on Buses and Trains/Stop MTA Genocide Against the Black Nation Campaign.

Join Cynthia Hamilton, Joyce Germaine Watts, a powerful community voice and long-time FOC (Friend of Cynthia) and me this Saturday for a great home-coming for Cynthia, a conversation about the future of South L.A. and the future of the planet, and a great brunch. Please RSVP below.
See you this Saturday! 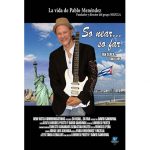 Film Showing ; So Near… So Far The Life of Pablo MenédezStrategy & Soul, Upcoming Events