LOS ANGELES (CBSLA.com) — Los Angeles police officers will patrol buses and trains in the city as part of a new multi-agency approach to security approved Thursday by the Metro Board of Directors.

The LASD has had primary jurisdiction over the Metro system for the last five years, but Metro staff recommended the change, saying it would put more law enforcement personnel on buses and trains and result in faster response times.

“The safety of our Metro passengers and employees must always be our first priority,” said Mayor Eric Garcetti, who serves as first vice chair on the board.

“I don’t know when safety became synonymous with systemic racism,”

Ashley Franklin with the Labor/Community Strategy Center told the board.”

According to Metro, the new contract will increase law enforcement personnel from a range of 140 to 200 individuals working Metro duty over a 24-hour period to “a consistent 314.” Metro staff also estimated it would improve response times by more than 50 percent and assure “greater contract compliance through clear performance metrics and accountability measures.”

The board had debated the new contract at its meeting in December but moved 7-4 to postpone the vote until February after several members expressed reservations about how the new multi-agency approach would be coordinated, but those fears appear to have been eased as the new contract was approved Thursday on a 12-0 vote.

LAPD Chief Charlie Beck told the board that adding Metro to his responsibilities would not require the addition of new officers to the force but would require more overtime hours. Commanders and supervisors would work on Metro full-time, but officers on patrol will be deployed primarily though the use of overtime hours, Beck said.

He also said that no officers currently working on regular operations duties would be moved to patrol Metro.

“It is my contention that this will increase safety in Los Angeles because it puts more cops in more cars, on more buses, on more trains, that work in concert with their brothers and sisters in the stations,” Beck said.

A recent survey conducted by Metro found that 29 percent of former riders left the system because they did not feel safe, Alex Wiggins, Metro’s chief of systems security and law enforcement, told the board.

The new contract was approved over the objections of some civil rights activists who called for a lower law enforcement presence on Metro.

The U.S. Department of Transportation announced in January that it was investigating a civil rights complaint alleging that Metro and LASD personnel discriminated against black riders.

The complaint, filed by the Labor/Community Strategy Center, alleges that from 2012-15, black riders received more than 50 percent of all fare evasion citations and made up 60 percent of all arrests but only make up 19 percent of riders.

“I don’t know when safety became synonymous with systemic racism,” Ashley Franklin with the Labor/Community Strategy Center told the board.

Read this Article on CBS

Have you received a ticket from Sheriffs

on or around a Metro Train or Bus

The Strategy Center has brought a federal civil rights complaint  against the MTA to the Department of Transportation for intentional and egregious racial discrimination against Black rail and bus riders. If you have been subjected to unfair and racist treatment on the MTA in the process of “fare collection” for the non-existent violation of “fare evasion”

Please fill out a Deposition

We will use your deposition in our complaint 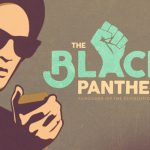