I am very happy that my article, All Hail the Revolutionary King: Dr. Martin Luther King and the Black Revolutionary Tradition ran today in Counterpunch. I wrote this article based on a lot of historical research but also my direct involvement in the Revolution as a field secretary with CORE and a direct observer of the wonderful work of Malcolm X, Fannie Lou Hamer, and Dr. King. It is so painful to see the distortions of Martin and Malcolm especially the ridiculous and slandering counter-posing of them when in fact they were both great revolutionaries carrying out the same strategy with different tactics who had great admiration for each other. I work in South L.A. and the U.S. and the world every day deeply influenced by the Black revolutionary tradition that I work to perpetuate as I am deeply loyal to my early and lifetime teachers. Each year I make small edits to the article with a new introduction. We will be organizing a discussion of it the week after this one and I’ll put out an announcement of time and place.
Warm comradely regards,
Eric

Tweet: The annual King Day celebrations provide a great opportunity to defend Dr. King’s revolutionary legacy against The System’s efforts to white wash and degrade his frontal challenge to its crimes. -@Ericmannspeaks

Since 1980, with the rise of Ronald Reagan and Margaret Thatcher, The Two Party System, aka U.S. imperialism, has waged a Counter-revolution against the Great Victories of the Revolutionary Sixties.  In that the revolutionary left won so many of the ideological battles against U.S. hegemony, The System has understood that a counter-revolution must include a ferocious battle over the historical record.  In the past 40 years, in particular, it has been profoundly painful to witness, and very difficult to combat, the lies and slanders against the historical, and political achievements of the Black and Third World led movements. This includes an epidemic of recantation literature written by depressed and disillusioned former radicals denigrating the great achievements of the U.S. Communist Party, Student Non-Violent Coordinating Committee, Black Panther Party, Southern Christian Leadership Conference, Nation of Islam, the New Communist groups such as the League of Revolutionary Struggle, and the great communist led revolutions in the Soviet Union, China, Cuba, and Vietnam. It has also included character assassinations, arrests, and murders of those with the most vivid and irrepressible revolutionary memories. As just one terrifying reflection of the impacts of this campaign, I have heard young Black and Latino organizers, with such militant intentions, repeat without grasping the sources “this is not your grandfather’s civil rights movement” caricaturing the heroic and historic work of visionary leaders like Malcolm X and Dr. Martin Luther King Jr. 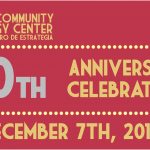 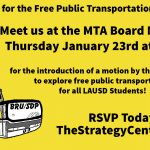