We are asking you to endorse the Labor Community Strategy Center’s Civil Rights/Climate Justice Campaign–No Cars in L.A. No Police State in L.A.

This campaign, that we began in 2014, focuses on 6 structural and interrelated demands—all of which can be carried out by the board of directors of the  Los Angeles County Metropolitan Transportation Authority—MTA.

Stop MTA’s Systematic Attacks on Black Passengers–No arrests, citations, fines or MTA Transit Court for passengers who do not or cannot pay their fares. MTA policies that give more than 50% of all citations and arrests to Black passengers represent egregious racial profiling and transit racism

While we will of course elaborate each demand below we hope, on its face, that you will agree to endorse this campaign.

We will be contacting you to discuss our organizing plan to win these demands. Obviously the first objective is to gain your support and build a broad climate justice/civil rights coalition to fight for these demands and convince the MTA board members to vote in each of these proposals.

No Cars in L.A.  The Climate crisis makes the end of the auto system in L.A. and the U.S. imperative. The world is moving towards a 2 degree Celsius Future and worse, in Sub-Saharan Africa the temperature may move towards 3 degrees—with massive heat waves, droughts, floods, and mass famine facing 775 million people.  There are 6.2 million cars and 1 million trucks in L.A. The auto cannot be our future—free public transportation with zero-emission electric buses running 24/7 is our future—let’s fight for it.

No Police State in L.A.   This campaign focuses on police occupation and brutality on MTA trains and buses but it is part of an even broader problem of systematic police domination of our society. In Los Angeles more than 50% of the city budget, more than $2 billion, is for police. The MTA just passed a massive police expansion plan for $797 million over 5 years to create a police state on its buses and trains—a literal army of fare collectors, Los Angeles Police Department, Los Angeles Sheriff’s Department, and Long Beach Police Department. They created a phony “crime problem” on the trains when the main crimes are MTA police attacks on Black and all rail and bus riders. We can’t have a viable public transportation system that is little more than a police state on wheels and tracks. We must cut the MTA police budget by 50% now.

Free Public Transportation Free Public Transportation is so obvious it’s revolutionary.  The MTA is one of the richest public agencies in the world with a $5 billion a year budget about to become $7 billion through its latest sales tax—now 4 that all of us pay. So first, “Free” public transportation is not actually free but already paid for over and over and over by the tax payers. Second, L.A. is a city of great poverty in a nation of great spiritual and economic poverty.  The MTA’s 500,000 daily passengers—20% Black, 55% Latino, 60% women and more than 60% extreme low-income cannot afford the $100 a month bus pass nor the $24 a month student pass. For many families making no more than $20,000 their monthly bus costs are more than $200 a month. MTA ridership is Down! Because of poor service, high fares, police brutality and long waits. If we had free public transportation MTA daily ridership might reach 1 million people riding a day and with dramatic reduction in auto use.  Also it would obviously end police brutality and harassment in the fare collection process because “no fare” leads to “no fare collection.”

Stop MTA Attacks on Black Riders—Support the Strategy Center’s Civil Rights Complaint in Front of the U.S. Department of Transportation

The Strategy Center has submitted a Civil Rights Complaint to the United States Department of Transportation Civil Rights Department charging the MTA with “egregious racial discrimination and animus inflicted on Black train and bus riders. The MTA both issues tickets and citations for “fare evasion” and used both “ticket collectors” and in the past Sheriffs to collect fares and punish riders for non-payment.  Of the 30,000 tickets issued in 2016 and 8,000 arrests more than 50% went to Black train and bus riders even though Black people are only 19% of all MTA riders. This extraordinary level of discrimination has led the DOT to accept the Strategy Center complaint and begin its own independent investigation of MTA policies. We need you to support our work and express your outrage to the MTA for this systematic anti-Black racism.

Purchase 5,000 zero emission electric buses—stop the purchase of Compressed Natural Gas buses. From 1996 to 2006 the Strategy Center was engaged in a court-ordered Consent Decree with the MTA based on our successful civil rights suit against them—represented by the NAACP Legal Defense and Educational Fund.  In that campaign we called on the MTA to get rid of diesel buses and move to the cleanest technology available at the time for buses—Compressed Natural Gas (CNG). Thanks to the work of the Strategy Center and Bus Riders Union, and a very progressive MTA CEO Julian Burke, we were able to convince the MTA to get rid of 2,000 dirty, dilapidated, diesel buses and replace them with 2,000 CNG buses. We also convinced the MTA to expand the bus fleet to 2500 buses, thus purchasing another 500 CNG buses. But what was good environmental policy 15 years ago is bad policy today. CNG is a fossil fuel. It is brought out of the ground through fracking that in turn generates many air and water toxins. Also its emissions are far greater than electric buses. Let’s use our movement to make climate change and social justice the priority for MTA bus purchases.

Restore 1 million hours of cut service that the Strategy Center Won and the MTA cut in a racist and punitive manner. The Strategy Center won 1 million additional hours of service through our Consent Decree to dramatically reduce overcrowding and increase how frequently the buses arrived. As soon as the Consent Decree expired Mayor Antonio Villaraigosa moved to cut that service—the result was that passengers wait longer and longer times and trips to work and school are unbearably long. We have had no success in getting the MTA board or Mayor Eric Garcetti to restore that urgently needed service. We need your help to win this demand.

Stop MTA Retaliation against the Strategy Center for our Effective Civil Rights and Climate Justice Organizing. It is very disappointing to us that MTA board members Eric Garcetti, Hilda Solis, Sheila Kuhl, Mark Ridley Thomas and other MTA board members have not supported, so far, what we believe are very progressive demands and programs in this civil rights/climate justice campaign. The Strategy Center was able to reduce the cost of an MTA bus/rail pass to $42 in 1992 and keep it there until almost 2000. But since then the MTA has raised the fare to $100. Even when it was $75 we were unable to convince the MTA board to lower it to $50 a month and instead they raised it to $100. We have asked them to restore the 1,000 hours of bus service that we won and we are unable to get their support. We believe one reason is that some board members feel that they do not want to be pressured by civil rights groups like the Strategy Center that keep taking them to federal court and filing complaints with the Department of Transportation for civil rights violations. And yet, this in our view is a form of retaliation precisely because w are doing our job for 500,000 low-income Black, Latino, female,and very low-income bus and train riders. We need your help to convince the MTA board to support this campaign and stop a systematic policy of rejecting our demands because of our civil rights advocacy and organizing. We need your help!

Thank you for joining the Strategy Center’s Civil Rights/Climate Justice Coalition and fighting for No Cars in L.A. and no Police State in L.A. now. 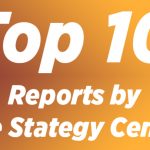 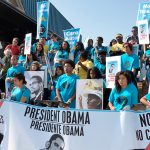