The Community Rights Campaign (CRC) and the Black Organizing Project (based in Oakland) released a report that presents startling new data on the role of police officers in schools and the need to address this statewide problem within the new Local Control Funding Formula.

“The New ‘Separate and Unequal’: Using California’s Local Control Funding Formula to Dismantle the School-to-Prison Pipeline” highlights the dramatic expansion in school police forces across the state, with many districts now employing more than 50 police officers. As a result, many schools now rely on law enforcement personnel to handle routine school disciplinary matters, resulting in well over 30,000 California students being referred to the police in just one school year. At least 20,000 students were arrested or given a police ticket, and over 90% of them were youth of color.

“This constitutes a major violation of students’ civil, human, and educational rights, and has produced irreparable harm to students across California,” said Manuel Criollo, Director of Organizing at the Labor/Community Strategy Center. “Los Angeles and Oakland youth have been leading important struggles at LAUSD and OUSD to curb the criminalization of students in school, now we want to open up the debate to build the schools our youth deserve and start funding supportive and positive school environments.”

The report also highlights how school budgets across the state have been increasingly devoted to school police and security at the expense of vital support and educational services. For example, Oakland Unified School District has over 115 law enforcement officers and security personnel, but only 11 counselors, four psychologists, and zero social workers in the entire district.

In 2011-12 there were at least 18 other districts across the state that spent more on school security than they did on counselors, psychologists, and social workers.

For example, in Los Angeles Unified School District, the budget for school police and security is $91.3 million, which is more than what the district budgeted for afterschool programs, 73% more than it budgeted for counselors, and far more than double what it budgeted for health services and teacher assistants. In fact, the police/security budget was substantially more than the combined budgets for the arts program, psychologists, the Office of Civil Rights, instructional aides, psychiatric social workers, parent involvement, and career technical education.

“These misplaced priorities have deepened the longstanding resource inequities faced by communities of color,” said Jackie Byers, Director of the Black Organizing Project. “Resources that could have gone towards support staff, afterschool programs, and more effective disciplinary alternatives instead have gone towards school police, security guards, and surveillance cameras in many of our school districts, which serve mostly Black and Latino youth. In other words, an increasing percentage of the funds allocated to California’s low-income youth of color have been used in ways that have actively harmed them.”

Full Text of the School Climate Bill of RightsUncategorized 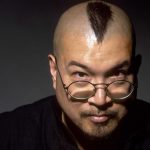