The Bus Riders Union Makes History at the Intersection of Mass Transit, Civil Rights, and the Environment

by The Bus Riders Union

The Center and its Bus Riders Union (BRU) are fighting for the future of mass transit in the most auto-dependent, air-polluted city in the U.S. based on a Four Pillars strategy: 1) Ridership needs; 2) Air quality, public health, and energy efficiency; 3) Job development and economic conversion; and 4) Community revitalization. “A New Vision for Urban Transportation” documents the strategy, tactics and accomplishments of this struggle in a way that could only be done by the organizers themselves.

The settlement requires the agency to correct its racially discriminatory policies by lowering fares, preserving and expanding bus passes, and improving bus service through the purchase of additional buses and by initiating new lines in underserved communities. Of equal importance, the settlement gives the BRU the right to co-governance with the MTA on a committee charged with implementing the specifics of the agreement. The BRU has now grown to more than 1,500 active, dues-paying members, with influence and recognition among bus riders and in the press throughout the city and nationwide. This publication describes the organizing theory and practice behind the most successful civil rights organizing campaign seen in this country since the 1960s. 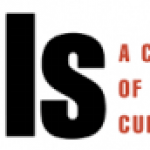 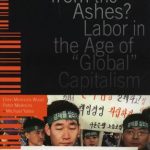 Class, Community and Empire: Toward an Anti-imperialist Strategy for LaborStrategy