In November of 2016, the Labor/Community Strategy Center (LCSC) filed a civil rights complaint against Metro with the federal departments of Transportation and Justice. LCSC is the parent organization of the Bus Riders Union, and now the Fight for the Soul of the Cities (FFSC) campaign. The LCSC/FFSC complaint alleges that Metro has created a discriminatory system of policing that disproportionately impacts black transit riders, and that this system of criminalization of black riders constitutes a violation of civil rights. LCSC/FFSC is urging greater accountability from both Metro and the L.A. County Sheriff’s Department (LASD), which policies Metro buses and trains.

The federal departments have acknowledged receipt of the LCSC/FFSC complaint and have requested that Metro respond to the allegations.

Among the discriminatory results that the LCSC/FFSC complaint cites are:

To remedy the alleged discriminatory practices, LCSC/FFSC are demanding significant changes to Metro and LASD practices including:

Metro is currently in negotiations for a new policing contract. Though the agency may assign LASD transit policing duties to others, overall decriminalization (something some transit agencies are moving towards, especially in moving away from fare enforcement) has not been a significant part of the current discussions.

On the face of them, the citation figures are very damning. Public transit that should be welcoming to all is not welcoming to African Americans. The results of Metro’s policing system show that there is a need for significant reforms, and more measured consideration of how to balance monitoring the system with potential harms caused by that effort.

It is unclear how seriously federal agencies (about to undergo a change of presidential leadership) and Metro will take the LCSC/FFSC complaint. The LCSC/FFSC folks, though, based on their past, appear unlikely to back down from a just fight.

Read this Article on Streets Blog 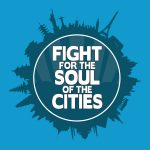 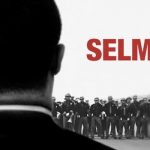