By Eric Mann
Posted December 16, 2015
In Cop21
The Paris Climate Talks: A Victory for President Obama, a Defeat for the Planet and a Challenge to the Climate Justice Movement2015-12-162017-10-11https://thestrategycenter.org/wp-content/uploads/2017/05/lcsc-logo-white.pngThe Labor Community Strategy Centerhttps://thestrategycenter.org/wp-content/uploads/2015/12/n-space-earth-large570.jpg200px200px

The just concluded Paris Climate Conference — the United Nations Framework Convention on Climate Change (UNFCCC) — was a critical juncture in human and planetary history. Could the world’s governments, all representing Homo sapiens often at war with each other, come together to stop the capitalist and carbon-based catastrophe that in only 200 years is destroy all that God and nature produced for millions of years — since the last mass extinction.

As the world’s emperors in varying degrees of clothes congratulated themselves we face a +3 degree world in which 775 million people in Sub-Saharan Africa are facing a world of catastrophic heat, droughts, floods, and famine. The pre-determined outcome in Paris was that the United States and President Obama needed a political victory more than the planet needed one and that all the parties, despite enormous antagonisms and conflicts of interests, would yield to the will of the world’s policeman and sole superpower. President Obama’s unique combination of charm, diplomacy, charisma, political will, and brute force gave him the victory he needed. But for a climate justice movement that does is just coming into being the challenge is can we convince people to give a damn enough to want to know the truth — and then can we get them to bring real structural demands on the president.

The battle over Paris is not at all over. In fact, it is just beginning and the battle of the sum-up is the critical ideological and scientific baseline in the battle between hope and despair.

Let me summarize some of the key battles that we have to fight and win that were not won in Paris.

Download the PDF File of the Article Here: The Paris Climate Talks 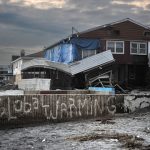 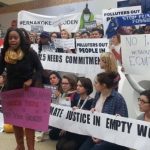