Why a Bus Centered System Will Best Serve U.S. Cities

Written by Ryan Snyder for the Labor / Community Strategy Center

In the bus versus rail debate, some ask, “Why can’t we have it all?” In principle, bus and rail are public transportation modes that can be complementary. But in actual practice over the past twenty years, we have seen rail too often play a regressive role.

Urban planner Ryan Snyder has taken on the bus versus rail debate since the reincarnation of rail in Los Angeles over twenty years ago. His thesis: if rail fails to meet the most basic planning thresholds to warrant its construction in Los Angeles—the most auto-centered, sprawling city in the nation—then it cannot work in any other similar urban setting.

The preponderance of the evidence calls for a major investment in bus capital and bus operations funds, and the dramatic reduction of funds for constructing new rail and highways. In the case of L.A., we believe a moratorium on rail and highway expansion is warranted. In other cities we support a complete moratorium on highway construction alone and urge organizers, advocates and scholars to consider moving toward a clean-fuel bus-centered system. 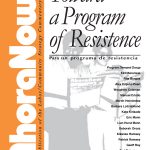 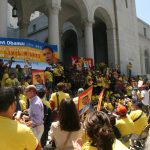 Fight for the Soul of the City: The Battle Over Buses in Los Angeles10 articles by eric mann, Eric Mann