As you know, our goal for our end of the year fundraiser is $50,000. We picked that number because it sounds so good and because it is really what we need. So far, with at least 17 more daily emailers before the new year, we have raised $6,000 through the following contributions.

Which reminds me of one of my favorite Jewish jokes—although the lesson is culturally extensive, mathematically true, and the core of a realistic fundraising theory.

They asked a man, with great admiration, how he got to be a millionaire. He explained “I opened up a bagel shop and for 5 years I made $10,000 a year.” Then, he explained, with growing bravado, “I opened up two and I made $25,000 a year from each one or $50,000 a year. Then, five years later”  almost unable to control his pride, “through hard work and ingenuity, I expanded to 4 stores and I was up to $100,000 a year.” His audience, both fascinated and a little impatient,urged him to get to the point, so he concluded, “Well, as they say, to make a long story short, my uncle Bernie died and left me two million dollars. ”

So, in case you did not get the joke or the analogy, at the rate we are going we will make our $50,000 goal sometime in 2020. But the theory is, that each contribution is critical and some generate the occasional and essential very large contribution. So, could you please give as generously as possible.

Yes, like Uncle Bernie, here is my contribution of $2 million.

OK, I get it, here is the most generous contribution I can make to the work of the Strategy Center.

The climate justice state not the warfare state. 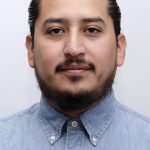