Join us this Saturday for International Workers Day as we celebrate the great legacy and contributions of Black workers. In LA with the population and the workforce having a majority Latinx population, we understand that most May Day celebrations center struggles of the Latinx community of which we also celebrate and fight for. We’re building a Black Latinx Third World Alliance to take on the U.S. white settle state and it’s genocidal climate crimes. But we’re also saddened by the driving out of Black people from the workforce, driving out of Black people from schools, public transportation, healthcare, and from the city in total through Ant-Black genocidal policies. Black people account for 50% of all those arrested and ticketed on Metro Buses and Trains, make up more than 40% of the houseless population, and 50% of all LAPD traffic stops. But we also know that there is a great legacy of Black worker organizing, not just for better wages, and better work conditions, but also for self determination, Black nationalism, pro communism, and for a totally different vision for living than the current racist white settler state.

Join us as we watch and discuss Finally Got The News about the great organizing of the League of Revolutionary Black Workers, and the Dodge Revolutionary Action Network.

Channing Martinez and Barbara Lott-Holland frame the film and lead a political discussion following the film. Channing will give an update on the Bus Riders Union Campaign against the Metro Apartheid Pass with action steps you can take to help. 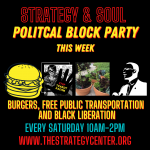 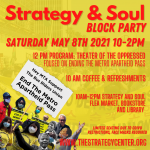